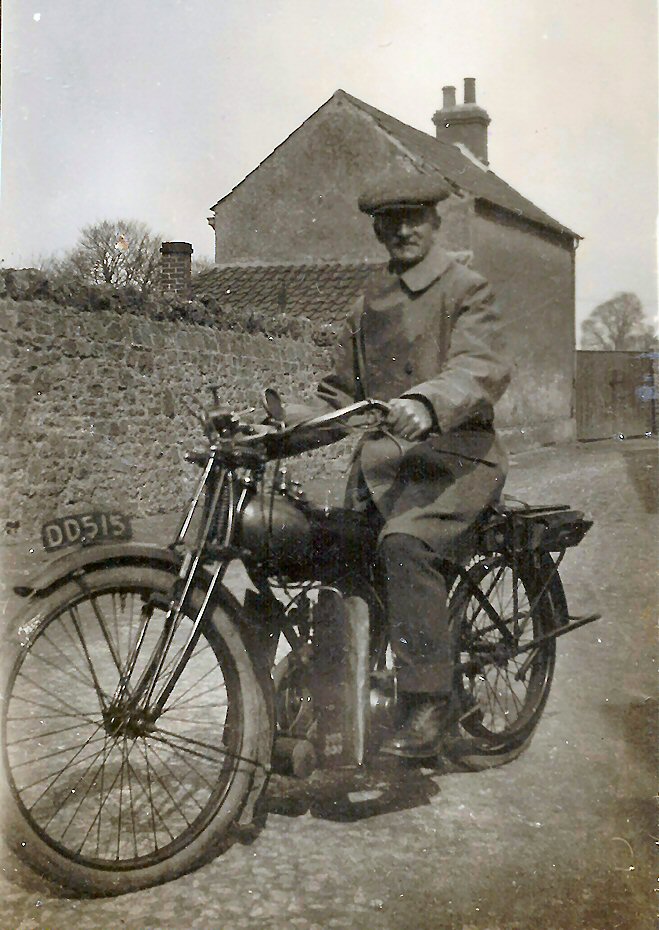 This house was was located on the left hand side of the lane opposite what was the Tucker Brothers’ stables (which have been converted in a house known as Crispin Lodge).

We have here on the left a thumbnail image of the house and one of its occupants, John Oates.  It was a strange house.  There was no front garden, the front wall of the house was directly on the edge of the lane.  The front door led directly from the lane into one of the two rooms on the ground floor.  There were two bedrooms upstairs.  There were no windows in the wall overlooking the lane, the only windows faced on to the back garden.

We have found references to how this house came to be built from examining the deeds of 13 Pullins Green the old forge.  These deeds make it clear that prior to 1820 the building (which was later to become 1 Crispin Lane) was a stable at the end of a garden of two tenements (which were later pulled down and replaced by 11 and 13 Pullins Green).  Joseph Ford converted the stable into a smith’s shop and forge by 1821.  By 1822 he had staked out a garden behind the forge and planned to build a stone wall to separate it from the rest of the property on that site.  The building was then converted into a cottage and in 1831 it was described “late in the occupation of Joseph Hurn, a mason.”  Joseph Hurn may have been the person who died aged 90 and was buried on 24th October 1846.  It was then owned by James Ford.  Click here to read about the early history of this property

It is shown on 1840 Tithe Map as plot 232, when it owned by James Ford and occupied by him.  We assume that James was the son of Joseph Ford, the previous owner.

James Henry Smith – the rate books from 1859 to 1890 show that the owner was James Henry Smith.  Unfortunately we know nothing more about James to identify him.  On 11th October 1898 the house was put up for sale at auction.  It was described as a freehold cottage and garden of about 6 perches in total.  It was occupied at the time by Mr A. Prosser at an annual rent of £5 9s.

George Mansell Williams – 1899 rate book shows George as the owner and Aulbin Prosser as the tenant.  In 1905, 1907 and 1910 no tenant was listed although George was still the owner.  Click here to read more

Edmund Cullimore – the 1926 valuation list and 1926 rate book shows the house was owned by Edmund Cullimore who owned the nearby Saw Mills.  Click here to read about Edmund

We have the catalogue of sale dated 5th November 1958 when the Cullimore estate was auctioned.  This house appears to be lot 5 at the auction and was described as “the detached stone built and tiled cottage and garden situate in Blakes or Mutton Lane, Thornbury, let to Mr White at an inclusive rental of 6s 4d per week, containing two bedrooms, kitchen, larder, lean to wash house and coal house, outside WC, Company’s Water.”

We believe the house was demolished after it was purchased by Herbert ‘Bert’ Pullen in the 60’s to provide a rear access to his house at 5 Pullins Green.

read about the occupants of this house
Toggle Sliding Bar Area