The Lloyds of Thornbury 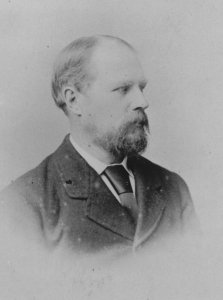 Henry Hume Lloyd was baptised on 10th June 1834, the eldest of Edmund and Catherine Elizabeth Lloyd‘s children.  He followed in his father’s footsteps and became a solicitor.  According to the notice board displayed in the reception of the firm at 12 The Plain, Thornbury, Henry joined the firm of Crossmans & Lloyd in 1857.  The Trade Directories show that Henry was Solicitor, Commissioner of Oaths, Clerk to the Justices of Thornbury Petty Sessional Court and Highway Board, Registrar and High Bailiff of the County Court.

The 1871 census shows Henry was living at Fairfield House with his mother and three of his siblings.  In 1876 he married Helen (or Ellen) Maria Bond in Spilsby in Lincolnshire.  Helen was the second daughter of John Bond Esq of Taynton, All Saints, Lincolnshire.  They settled in Thornbury which is where they had two daughters, Dorothy, born on 5th October 1877 and Helen Margaret born on 3rd February 1879.  Tragically Helen Maria died on 10th February 1879 aged 31, only a few days after her daughter’s birth.

Henry was playing a very active role in Thornbury society.  In 1861/62 he served as Mayor of the Thornbury.  He took part in archery competitions and in 1870 won second prize at the Grand Prize Bow Meeting of Archers of the Channel.  He was also involved with the setting up ‘Thornbury Football Club’ (which was at that time playing the rugby form of the game), and a member of the Gloucestershire Archaeological Society.

The two thumbnail images on the left are of a clock which was presented to Henry Hume Lloyd by the Thornbury Book Club in 1876.  It refers to the fact that he had been secretary of the club for many years.  Click on those two photographs to see larger images.

In 1898 he was appointed Churchwarden at St Mary’s Church.  We apologise for the quality of the photograph of Henry Hume Lloyd on the right.  We would be grateful to hear from anyone who has a better image of this photo.

The 1881 census shows Henry had taken over Fairfield House after his mother’s death.  At the time of her death Fairfield House and gardens were valued at £1,500.  In 1881 Henry was living there with his two daughters, Dorothy aged 3 and Helen Margaret aged 2.

On 13th September 1887 Henry married again.  This time his wife was Alice Commeline and they were married at St Michael’s Church , Gloucester.  Alice was born in Moreton in the Marsh in 1857, the daughter of Thomas Commeline, a bank manager.  Alice’s sisters, Grace and Edith Emily  were also to settle in Castle Street and Edith Emily became the wife of Dr Lionel Williams of Wigmore House in 1891. 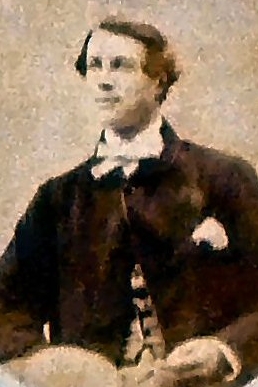 Henry and Alice had two children by the time of the 1891 census: Edmund Commeline Lloyd born on 23rd July 1888 and Alice Magdalen born on 26th February 1890.  They went to have two more children: Geraldine baptised on 8th December 1891 and Rachel Mary baptised on 6th May 1894.

They were still at Fairfield House in 1901 census.  Henry carried on living at Fairfield House and working as a solicitor at 12 The Plain until he died on 4th March 1904 aged 69.  He was remembered by Frederick Henry Burchell as ‘Another important figure in Thornbury was Mr. Henry Hume Lloyd, Clerk to the Magistrates and Registrar of the County Court, sound in his judgement and anything undertaken by him was always done thoroughly well.  He was also a churchwarden and a great pillar of the church’.

Fairfield House was left to Alice who continued to live there.  Her granddaughter, Pamela, remembered her from this time.  Pamela was the daughter of James and Margaret Meyer.  Pamela was born in Fairfield House in 1910 and came to live with her grandmother as a child.  The world she described has now long gone but the present owners of the house realised that they still have the kitchen table on which Alice had had her appendix removed by her brother in law, Dr Williams (mercifully now with a new top to it).  Alice seems to have been a fine old lady if rather strict and had been on the County Croquet Team.  The lawn at Fairfield was used for croquet practice.  Pamela could remember the ladies gathering in the sitting room after church on Sundays and the whist drives that were held in the large sitting room and the sewing circle under the big tree where the ladies made clothes for “children far away.”

The house at this time seemed to reflect the family’s connections to India, where Pamela herself had lived with her parents, and hunting.  There were hunting scenes on the wallpaper in the downstairs loo but then that was the toilet intended for gentlemen.  The hall had a tiger rug and the head of a boar both of which were victims of hunting trips in India.  Pamela said she liked to cuddle the boar’s head.

Alice also played a very active role in the Town.  She was for many years Secretary of the Thornbury Nursing Association and a member and one time President of the Thornbury Women’s Institute.  She had also taken a keen interest in the Thornbury Mothers Union and the Girls’ Friendly Society.

Alice Lloyd occupied Fairfield House with her family until her death on 26th August 1934 aged 73.  In 1925 when some adjoining property came into the market she took the opportunity of improving the house by the purchase of the field to the East of the house.  The price paid was £275.