The owners of 2 Castle Street in Thornbury

The 1841 and 1851 Censuses show William Henry Payne living in Almondsbury with his widowed mother.  By 1861 he had become a carpenter and was married to Sarah Ann nee Williams.  William was 29 and his wife was aged 24 and from Chew Magna.  They had married in the September quarter of 1860.  The 1871 Census shows that their sons were Augustus William then aged nine and George Henry aged six.  They also had a three year old daughter called Florence.

In the Census record of 1891 William and Sarah seemed to have had another daughter, Violet, aged only five.  However the memorial inscription at Almondsbury Church shows that Violet was actually their granddaughter and the daughter of their son Augustus William and his wife Carrie (See below for more details).

The 1901 Census shows that Florence Payne, still a school teacher seems to have stayed at home to be with her now quite elderly parents as William was now aged 70.  William may have died in 1903 aged 72 years.

John Payne seems to have been born about 1823 in Almondsbury.   His marriage certificate confirms that he was the son of William Payne a cabinet maker and says that he was married in Portsea Island in Hampshire.  The year of the marriage date is unclear on the certificate but the FreeBMD website says the year was 1850, which would coincide with the ages of their children.

In the 1861 Census John (then a beerseller and mail contractor) and his wife Annie were living in the Temple area of Bristol with their children Mary aged 10 William aged 7 and Gertrude aged 1 year and a 13 year old visitor called Clara Riley.

We know that when his son Hubert was born in 1862 the family were living at 16 Whitehouse Street in Bedminster.  At that time John was a mail cart driver.

In the 1881 Census John and Annie Payne were living in Marylebone in London.  By this time John was aged 59 and of independent means.  At this time John’s wife Annie was aged 54 and they had a daughter aged Gertrude living with them.  Gertrude was 21 years old and had been born in Bristol.  The photograph below right is of John Payne.  They had a visitor called Mrs Parker a widow from Devon staying in the house and a relation called William A. Payne (see below).  They also had a maid called Rosina Beswell aged 18.

The 1885 Voters List shows some more details.  John’s brother, William Henry Payne was said at this time to be living in Almondsbury but he had the right to vote in Thornbury because he had a “moiety” or share in the ownership of a house and garden in Castle Street.  John Payne was also entitled to vote in Thornbury for the same reason.  His address then was Hill House, Crown Lane, Streatham Common Surrey.  We do not believe that John and William Payne appeared in any further Voters’ Lists for Thornbury.  This discrepancy is hard to explain as, according to the 1890 Special Drainage Rate Book, John and William Payne still owned the property at 2 Castle Street. 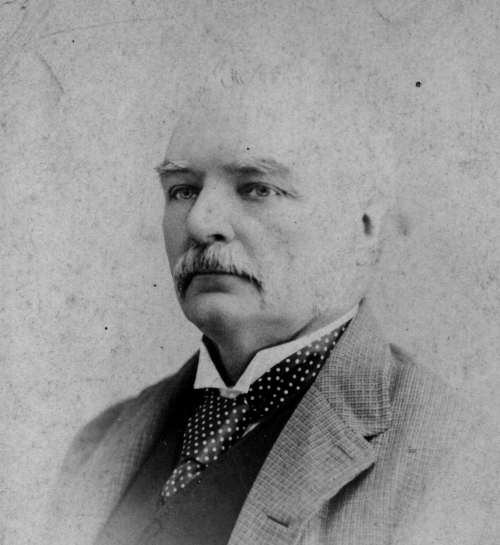 We have seen on the website Ancestry.com that there was a marriage certificate dated 6th August 1890 for a widower John Payne the son of William Payne a carpenter.  This appears to be the same John Payne and so we assume that John’s first wife Annie died between 1881 and 1890.

John’s second wife was Sarah Snell Smith a widow then said to be 39 (twenty years younger than John’s given age).  Sarah was the daughter of John Styles a clerk.  At the time of the wedding the address of the couple was 32 Portland Place North Lambeth.  The 1891 Census shows that they lived in the same house as Sarah’s father and two siblings in Portland Place North.  This Census shows that John had claimed to be 60 and his wife Sarah was said to be 38.  Both of the couple seem to have different ages from what one would expect.  This is confirmed by the 1901 Census in which John Payne was then aged 78 in line with other censuses and Sarah was 59.  John was said to be living on his own means.  They seemed to be sharing a house in Lambeth with a manure salesman from Yorkshire called Berda Porzig and two ladies from the London area who were cousins Elizabeth and Sarah Harkness.

John Payne died aged 79 on 20th June 1902 at Cowley Road in Lambeth.  His death certificate describes him as a former licensed victualler.

Hubert Payne.  The son of John and Annie Payne, Hubert was born on 8th March 1862 at 16 Whitehouse Street in the Bedminster area of Bristol.  We have no record of him actually living with his parents.  In 1871 he was living in 2 Castle Street with his aunt, the widowed Sarah Ann Penduck.

His granddaughter Janet Towill gave us a newspaper cutting of an interview with Hubert about his life which proved very interesting and supplied some of the following information.

We understand that while he was living in Thornbury with his aunt, Hubert sang in the choir (we believe that was in St Mary’s Church).  He must have gone to St Mary’s School in Thornbury which he left apparently in 1874.  He said that the school master there was a very fine master.  At this time the Master would have been John G Fill who had a very good reputation locally.

In 1875 Hubert was back in Bristol and claims that “by accident” he went to the Baltic on a fishing smack from Harwich.  Apparently he thought the trip would last three weeks and it lasted three months.  Back in London in 1876 he worked in an office of the Royal Horticultural Society “which stood where the Imperial Institute now stands” (this would now be Imperial College London). 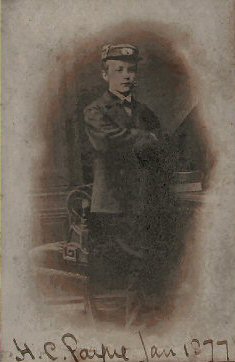 In 1877 he was a midshipman in the New Zealand Shipping Company’s iron sailing ship the “Opowa.”  This ship was new as it was only registered with Lloyds in November 1876.  Hubert’s comment was that it was a “fine ship” but it had a “cruel officer to lads.”  Hubert was unhappy on the ship so he ran away when it landed in Australia and after a a job as a “boots” in a hotel he went to Ballarat seeking gold.  After other mining experiences he returned to the sea on a ship called the “Spray” and went pearl fishing near ” New Junica, Port Morseby ” which would be near Papua New Guinea.

On another ship, this time the “Julie” a Norwegian brig, he went to Mexico.  Of the 18 crew John claims that 13 died of yellow fever.  He says there was a mutiny on board another ship with which he sailed to Jamaica.  He arrived in the USA and eventually went to San Francisco where he joined a whaler.

At one time he was in New Zealand where job shortages meant that he joined the circus.  He worked in Clarini’s Italian Circus and created a humorous boxing act with which he travelled very widely.

He later worked as a steward on the “Colling” under Captain Angel and returned to England.

He married his first wife, Eliza Snell, on 14th February 1891 in the Lambeth district of London.  It seems that Eliza was the daughter of Thomas Snell a builder.  The 1891 Census shows that Hubert was living with his new wife in Hartington Road Lambeth.  Hubert was then a salesman of India rubber.

The 1901 Census shows that Hubert then aged 41.  He was living with his wife, Eliza then aged 47.  The Census says he had become a builder (perhaps because his wife’s father was in the business).

The newspaper interview says he had built up a builder’s business in Clapham.  The Census also shows that Hubert and Eliza had an 8 year old son Harry.  We have been told by Harry’s granddaughter that “Harry” was born Leonard Gordon Reynolds on 22nd March 1893 but he was adopted by Hubert and Eliza. 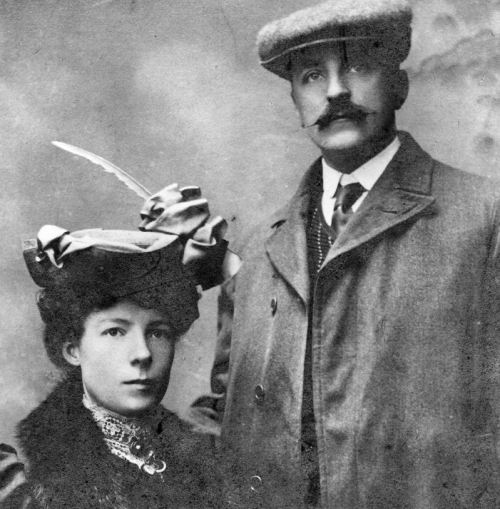 Eliza died on 23 April 1906 at Viceroy Road Lambeth and the death certificate describes Hubert as a builder.  Hubert married Alice Minnie Hibberd on 15th February 1908.  The photograph on the right shows Bert (as he was called) with his new wife Alice.  They moved to Bournemouth where Hubert set up a “Motor Repairs” in Norwich Avenue which later became the headquarters of the Hants and Dorset Motor Services Ltd.  He had about nine garages in all in the district.

Hubert later became licensee of the King’s Arms in Puddletown and there he found time to make models of all the sailing ships he had sailed in.  Hubert died on 15th April 1946.  Alice Payne died in 1972.

William A Payne aged 20 a carpenter who was born in Almondsbury was visiting the family of John Payne in the 1881 Census.  He was described as a relation but we believe that he was John and Annie’s nephew, the son of John’s brother, William.

William was actually registered as Augustus William Payne in Thornbury in the September quarter of 1861.

While he was in the London area William seems to have met Caroline Martindale whom he married in the September quarter of 1884.  However their daughter Violet Eveline Jessie Payne was christened on 31st October 1886 in Almondsbury.  The records show that she was born on 30th April 1885.  In the 1891 Census Violet was staying with her grandparents in Almondsbury.

The 1894 and 1899 Rate Books show that William Payne continued to own a share in number 2 Castle Street but John Payne’s share of the house was now owned by W H Ponting.

Augustus William Payne died in 1896 aged only 36 as did his daughter Violet aged 11.  They were buried in Almondsbury.  We do not know what happened to Caroline.