Between 1838 and 1840 a survey of the Thornbury parish was made for the purpose of calculating the amount payable to the church in place of the tithe.  This survey provides our earliest known detailed plan of the area.  The accompanying Tithe Apportionment gives details of who owned and occupied the land, and its use at that time.  It was published in 1840 but as it appears to have taken two or three years to compile, some information was out of date by the time it was published.

Below we have two maps.  The first is a section of the tithe map of 1840.  It covers a section from The Plain to the last of the terrace of house which is now numbered 22 Gloucester Road.  The other map on the right below covers a similar area.  It was created in 1970 and goes slightly further along Gloucester Road to include what was then a garage and opposite it 24 Gloucester Road 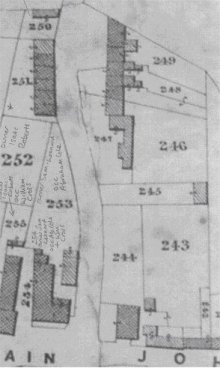 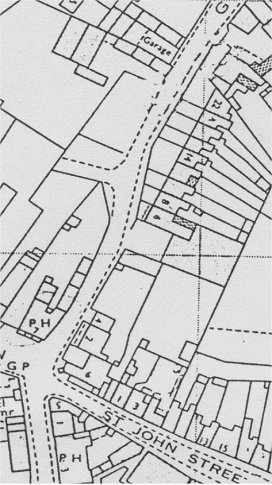