Occupants of 3 & 3A High Street 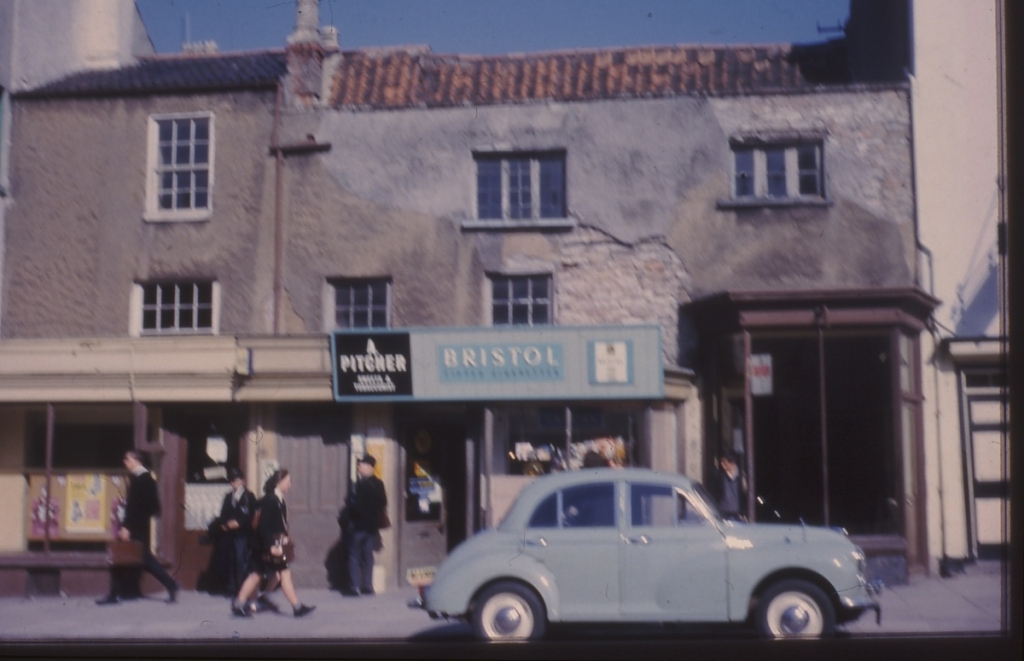 We suspect that the three shops, now known as 1, 3 and 3A High Street may have been part of a single property in earlier times and we have described the early history of that property and subsequent owners on a separate webpage. Some of these owners were also occupiers of the shops.  Click here to read more

Since 1841 we know of the following persons who have occupied 3 High Street as tenants:

John Barnett – the will of the owner, John Edmonds, dated 1808 shows John Barnett was occupying part of the property.  We suspect that this is the John Barnett who was living at 49 High Street in the 1809 Land Tax record.  Click here to read more

Obed Pitcher – Obed is mentioned in the last will of John Edmonds dated 1808 as being an occupant of one of the properties. He is also mentioned as a tenant of Mary Edmonds in the 1809 Rent Roll.  Obed was the son of Daniel Pitcher, a saddler.  Click here to read more

Mary Ann Sainsbury – the 1891 Census shows Mary Ann was a confectioner aged 45 born in Tytherington.  She was married, but there was no sign of her husband.  She was still there in the 1901 Census.

Mary Ann Cullimore married John Sainsbury in 1880 in the Barton Regis (Clifton) area of Bristol.  In the 1881 Census they were living at 35 Belle Vue Crescent in Clifton.  John was a gas fitter aged 30 born in Kington.  Mary Ann was aged 35.  We don’t know what happened to John.  The advert on the left was printed in 1904.  The 1911 Census shows Mary Ann was a widow aged 65.  She had had one child who had died.  She was living in the property with her sister, Elizabeth Cullimore who was single aged 55 born in Tytherington.  The 1925 Valuation list and 1926 Rate Book show Mary Ann living in 20 Gloucester Road.  Mary Ann died in Thornbury on 25th March 1928 aged 82.  The report on her death says that she had been running a business in the High Street for many years.  She was buried in the Baptist Burial Ground.  Click here to read about John Sainsbury

The Pitchers – although Ernest Augustus and his wife Annie Pitcher lived at 4 High Street, they ran a sweet shop at 3 High Street for ‘about 50 years’ – according to an interview given by Annie at the time of her 100th birthday. The photograph at the top of this page shows the sweet shop in the 1960’s when all three shops needed a bit of care and attention.  Click here to read about the Pitchers

Mrs Fudge’s Candy Store – when Annie Pitcher finally gave up the sweet shop it was taken over by Edna Fudge. We are not sure when this was, but it must have been in the late 1960’s. Mrs Fudge is listed as running The Candy Store in the 1967 programme for the Thornbury flower Show. Edna was the wife of Hubert Fudge, a tax collector who lived at 4 Castle Street. Click on the thumbnail of the right to see a wonderful photo of Mrs Fudge amongst her sweets.  Click here to read about the Fudges

In more recent times, 3 High Street has been used by Gems, jewellers

Other Occupants of 3A High Street include:

Moses Amos – in the 1861 Census Moses appears to be occupying the right hand shop.  He was a shoemaker aged 40 born in Wickwar living with his wife, Ann aged 35 born in Welwyn, Hertfordshire and their children, Mary aged 3 and Joseph aged 1, both born in London.  By the 1871 Census Moses and his family had moved back to London and they were living at Plough Yard, next to Old Plough Inn, High Road, Tottenham.

George Taylor – the 1862 Rate Book shows that George had replaced Moses Amos as Aaron’s tenant.  We don’t know any more about George to identify him.

Henry Christopher Bones – the 1871 Census shows Henry was living in what we believe to be 3A High Street.  He was a hairdresser and perfumier aged 20 born in Clifton.  By 1876 he had moved to 18 High Street.  Click here to read more

Thornbury Library – in the 1950’s the shop at 3A High Street was used as the Thornbury Library.  We understand it was moved here from The Chantry.  The new library was opened in St Mary Street around 1970. The photo on the top of the page was taken in the 1960’s when the library was located in the shop on the right of the photo.

In more recent times, 3A High Street has been used as Pat’s Wool shop, Thornbury Antiques, another shop selling bric a brac and the barber’s shop run by Craig Sysum.