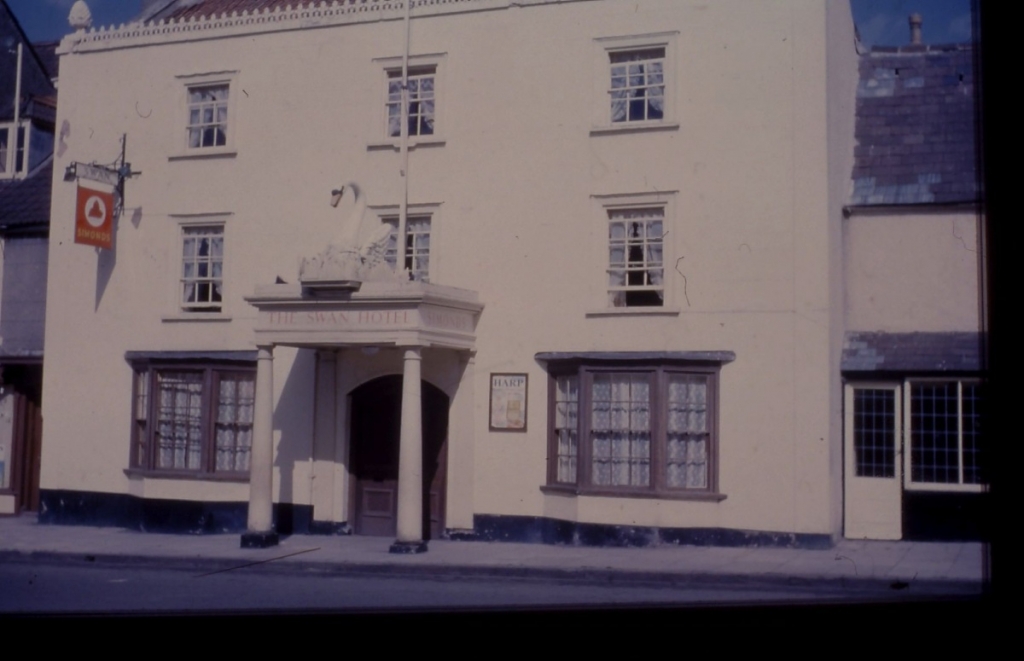 This page describes the various breweries who have owned and run The Swan since 1899.  Click here to read more about The Swan

In 1890 it was reported that the beer brewed at the Anglo-Bavarian was sold throughout England and the Channel Islands by 250 agents.  However the brewery’s main area of sales was export.  Beginning in 1875, beer was transported to a bottler in London, from where it was shipped to Australia, New Zealand, India, South Africa, South America and West Indies.  Overseas sales were in the order of 1.8 million bottles per year.

The Company was forced to change its name on 14th December 1914 to Anglo Brewing Company, dropping any suggestion that it was associated with Germany following the outbreak of war.  This didn’t prevent the decline and the brewery was forced to close in 1920.  On 1st December 1921 The Swan was sold to W. J. Rogers, a brewery based in Bristol.

W. J. Rogers Ltd. – it appears from the deeds that W. J. Rogers Ltd took over the ownership of the property from the Anglo Brewing Company on 1st December 1921. ‘Rogers’ was a brewing company established in 1845 at Jacob Street in Bristol.  The brewery made pale ales and stouts which, in 1891, were sold in 25 tied houses in Gloucestershire.  The company was acquired by a brewery from Reading called H. & G. Simonds Ltd. in 1935 and ceased brewing in 1952.  The Swan was conveyed from the ownership of W. J. Rogers to H. & G. Simonds on 30th May 1938.

Simonds Brewery – Simonds took over The Swan on 30th May 1938 following its acquisition of the W. J. Rogers Company.  Simonds was a brewery based in Reading.  In 1960 the company amalgamated with Courage and Barclays to become Courage, Barclays and Simonds and The Swan was conveyed to the new company on 29th September 1962.  The name of the company became shortened to Courages in 1970.

Since 1970 the brewery and pub business has undergone major changes.  Courages was taken over by Imperial Tobacco Group in 1972 and they were subsequently acquired by the Hanson Trust in 1986.  In the breakup of the company and in response to the Government’s ‘Beer Orders’ policy the pubs were sold off to a ‘pubco’ known as Inntrepreneur Estates.  We don’t know how or when but The Swan subsequently became owned by another pubco known as Enterprise Inns.