The end of the Yate to Thornbury line 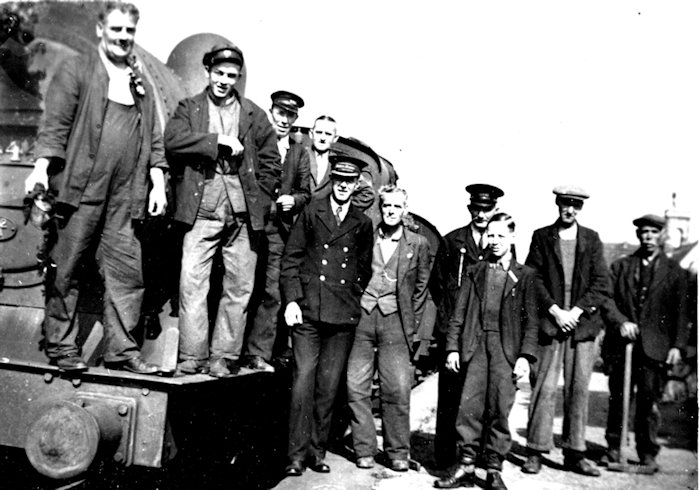 Sadly the high hopes for the railway line between Thornbury and Yate were never realised.  The link to Wales never materialised and the route to Bristol via Yate never compared well to the bus route into central Bristol.

In 1944 the Gazette carried a brief statement from L.M.S. Railway Co that then operated the line.  The statement read

“on and from Monday June 5th the passenger train service on the Thornbury Branch will be withdrawn and Iron Acton station will be closed for all traffic.  Thornbury and Tytherington stations will continue to deal with parcels traffic.  Yate will deliver Parcels Traffic for Iron Acton but traffic for despatch must be handed in at Yate. ”

Thus ended the struggle to run the railway line to Thornbury.

The Gazette of 24th June 1944 described the last trip to Yate on the previous Saturday; the number of Thornbury people who

“came to see the train make its last trip to Yate made it a gala occasion but there was too, an undercurrent of sentimental melancholy at the severance of an old link.  The engine was decorated with bunting round the sides and a flag on front, while round the funnel was placed a laurel wreath.  The engine driver Mr E Mills, and his mate Mr J Williams entered into the spirit of the occasion by wearing gaudy paper hats.”

The Tytherington people who had fewer transport options were not so cheery.  The newspaper report went on to say

“At Tytherington whose residents are most deeply concerned at the cutting off of the train, it was met by people carrying a black flag.”

Although this was the last regular passenger journey, the line continued for the use of coal and freight for another 22 years up to 20th June 1966.

We understand from Andrew Niblett that after the closure of the line the owners of Grovesend Quarry soon realised that growth plans for the business would significantly increase the number of heavy lorries on the roads to and from their Quarry, so hauling many thousands of tonnes of stone from Grovesend Quarry by rail to depots across the country, became an attractive option.  Eventually and after long negotiations with British Rail that part of the line from the quarry to the main line was successfully reopened.  Andrew tells us that “the aspirations of some local people that the line might once more reinstate a passenger service to Thornbury were also raised, to give much needed relief from endless daily queues of polluting commuter traffic to and from Bristol.  However, the opportunity to reinstate the rail link to Thornbury was thwarted by selective removal of key sections of the rail embankment to Thornbury Station.   The operational period of Grovesend Quarry ended in 2012 with subsequent closure of the line.”

For more information see also “The Yate to Thornbury Branch” Colin G. Maggs published by The Oakwood Press. 2002″.   The Bristol Railway Archive also has an excellent section on their website about the line to Thornbury with some photographs of the old station, its turntable (the train had to be turned round to head back towards Yate) and the water tower.  The site also shows the remnants of the old line that are still visible in Thornbury, the track which is now public footpath and the railway bridges which still act as underpasses and which describes the Grovesend tunnel (although we have not seen the tunnel itself and have been told that access is difficult and unadvisable).