How Gas Came to Thornbury 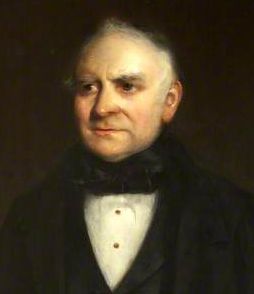 Bristol was lucky enough to have one of the pioneers of commercial gas lighting, John Breillat, living in the city.  John advertised in The Bristol Gazette of 1811 that he would illuminate his own house on September 5th 1811 and give a descriptive lecture on the subject.  He formed the Bristol Gas Company in 1815 and by 1816 gas mains had been laid in the streets around what is now the Centre.  On the left we have a small section from a portrait of John Breillat which is to be found in Bristol Museum and Art Gallery.

This idea began to spread to the smaller towns.  By 1833 the streets of Stroud were illuminated by gas lamps thanks to William Stears, a gas engineer from Leeds.  In 1839 William Stears instructed Richard Scarlett to write to Thornbury’s mayor, John Thurston.

I beg to inform you  that some of the principal inhabitants of this town having contemplated the lighting of the town with Gas and having conferred with Mr Stears the engineer of the Stroud Gas company thereon, I have received W. Stears instructions to submit the subject to your consideration and at the same time to state that in the event of its being carried into effect he considered the site of the old cottages and garden occupied by Betty Everett and others belonging to the corporation would be most suitable for the necessary buildings.

I also beg to inform you that a preliminary meeting of the inhabitants will be held at one o’clock to take the subject into consideration at which meeting the honour of your attendance is respectfully requested; in the meantime you will perhaps be so good as to  to learn the sentiments of the corporation as to  granting a lease of the premises in the event of the suggested measure being effected.”

The Mayor’s Account Book and the copy of Richard Scarlett’s letter in Gloucester record office indicate that both the special meeting of the corporation and what seems to have been a lively meeting at The Swan appeared to support this idea.  There was a poem composed about the meeting.

The main problem was the positioning of the gasometer.   The cottages referred to were on what is now The Plain near the corner with St Mary Street so the gasometer would have been right in the central part of Thornbury.  The council decided to obtain “every information possible as to whether the erection of such a building would be the occasion of any nuisance or annoyance in the way of smoke effluvia or otherwise to all or any of the inhabitants of the town.”

This problem could have been one reason why the implementation of the decision to have gas was a long time in coming.

We have not yet seen the Thornbury Gas Light and Coke Co documents (date range 1852-1896 and reference number 96640) or the Board of Trade: Companies Registration Office documents (Files of Joint Stock Companies registered under 1844 and 1856 Act, date range 1844-1860 and reference BT41/681/3719) which are held at the Public Records Office at Kew.  However it is believed that the Thornbury Gas Light and Coke Company applied to be registered in August 1855.  The parish records of St Mary’s Church in Thornbury contain a note that gas was first used in Thornbury on September 29th 1856.

This is confirmed by a notice in the newspaper of 4th October 1856 – “We were misinformed last week as to the Thornbury Gas Company when we stated that they would not be in position to light the town for some weeks.  The public and private lamps have been lit up during the week.  The old town looked quite brilliant with its array of lamps and a wag facetiously remarked that he had seen two rare things in Thornbury ‘a gas lamp lit up and a policeman.’ “ The accounts book of the Gas Company show that the fuel bought to make the gas was  coal and lime.  The company then made some income from selling the resultant spent lime and “ammoniacal liqour,” coke and “breeze”. “Breeze” is coke  in its crushed or powdered form. It is used now as   “Breeze Block”  which is a lightweight building block traditionally made with coke breeze from gas works combined with sand and cement.

Interestingly, the second Earl of Ducie, the owner of the comparatively new Tortworth Court, was a pioneer when it came to installing gas and the Court which was built from 1849 to 1853 had its own gas works for lighting.  Thornbury seems to have taken advantage of this; on 30th June 1857 Thornbury Gas company paid Earl Ducie for his old retort and a Mr Smith was paid for loading and hauling it from Tortworth.  We cannot say whether the secondhand retort was not a success or whether a second was needed.  However by June 1858 £7.10s had been paid for a new retort.  Mr Vickary was paid £25 for a station meter at the same time.

The Breillat family who pioneered the introduction of gas in Bristol continued to advise districts around the area about gas installation and by June 1857 Thornbury Gas Company made a payment of £10.00 to Mr Breillat for professional charges.  This was probably Ebenezer Breilllat, John Breillat’s son.  There is at least one further payment of this sort in 1858.  In the 1861 Census Ebenezer was living with his family in Coburg Road in Bristol aged 64 and shown as a retired engineer.  His retirement might be why the payments stopped.