An abstract of title for the two houses mentions two previous occupants of the houses whom we have been unable to find out when they lived there and who they were – they were William Gough and Maria Russell.  The only clue is that they lived in the two houses at some time before William Withers and Mrs Walker.

Charles and Hannah Woodward – in the 1840 Tithe Survey number 12 was part of Plot 164 occupied by Charles Woodward.  The 1841 census shows that Charles was an agricultural labourer aged 60 living with Hannah aged 45 and Hannah West aged 25.  Charles had married Hannah Gough on 12th October 1818.  The land tax records list Charles as living at 5 Horseshoe Lane in 1819 as tenant to Thomas Smith Child.  We don’t know much about the family.  Charles died aged 65 and was buried on 22nd September 1844.  The 1851 census shows Hannah was living in a small unidentified house in Chapel Street (then called ‘Top of Back Street’.  She was described as a pauper (formerly a servant).  In the 1861 she was a lodger at a house in Chapel Street (then called Rotten Row).  Hannah died aged 76 and was buried in Thornbury on 31st May 1868.

Maria Burnett (or Burnell) – an indenture dated 4th September 1900 lists Maria Burnett as being an earlier  tenant of one of the two houses before William Withers.  We suspect that Maria was the widow of John Burnell.  Click here to read more

William and Susan Withers – they lived in the house for over 30 years.  William was born on 7th September 1809, the son of William Withers, a pig driver and his wife, Ann (nee Millins) who lived in Kington.  On 11th November 1843 William married Susan McCae in Thornbury.  Susan was a widow – her maiden name was Susan Gough, the daughter of Joseph Gough, a labourer.  The 1851 census shows William was an agricultural labourer aged 42 living with his wife, Susan aged 43 and their children: Thomas aged 11 and Charles aged 4.  In 1861 it was just William, Susan and Charles living there.  The 1871 census shows William, Susan and Charles who was now working as a postman.

John Savery – the 1885 rate book shows John Savery as the occupant of the house.  Click here to read more

William Cornock – when the two cottages were put up for sale in 1892 the tenant of number 14 was William Cornock.  He is also shown as living here in the 1894 Rate Book.

William Young – in the 1899 rate book William Young is listed as the tenant of number 12, but he had moved across the road by the 1901 census.

William Joseph Young was born in Charfield about 1865, the son of William Joseph Young, a bricklayer.  At the time of the 1881 census William jnr had been an inmate at the Thornbury Workhouse.  He was described as a labourer aged 17.  On 7th May 1888 William married Emma Hide, a housekeeper born in Hill and the daughter of John Hide, a labourer.  The marriage record shows that Emma was 20 years older than William, but the 1901 census shows Emma as aged 67 compared with William who was aged 34.  In the 1891 census William was a chimney sweep and he and Emma were living at Crossways.  This census also shows a 20 year difference in their ages.  In the 1901 census William was a general labourer aged 34, lodging with Emma in the lodging house of Thomas Powell on the opposite side of the street.  Emma died aged 70 and was buried in Thornbury Cemetery on 22nd February 1902.

We assume that William is the William Young shown in the 1905 Rate Book as living in 7 Upper Bath Road.  The 1910 rate book and 1911 census show William was occupying 14 Upper Bath Road.  The census shows that William was a chimney sweep aged 51 and born in Charfield.  He was living there with his wife, Christina, aged 61 and born in ‘Cooks Folly’, Durham Down, Bristol.  William and Christina Channings had married in Thornbury St Marys Church on 10th September 1904.  Click here to read more

William died aged 56 and was buried in Thornbury Cemetery on 8th June 1915.  He was described as a chimney sweep in the burial record.

Alfred Henry Smith – the 1901 census shows that the house was occupied by Henry Smith, a billposter aged 25 and his wife, Alice aged 21 from Swindon and their children: William aged 3 and Beatrice aged 8 mobths.  Alfred Harry Smith was born in Thornbury in 1876 and baptised on 9th June 1878.  He was the son of  John Smith, a labourer and his wife, Jane.

On 22nd June 1896, Alfred Harry married Alice Collins in Thornbury.  Alice was born in Swindon about 1878, the daughter of George Collins, a shepherd.  In 1898 when Harry and Alice’s son, William John was baptised they lived in Chapel Street, but by the time Beatrice May was baptised on 10th August 1900 they had moved to St Mary Street, presumably to number 12.

By the time of the 1911 Census (and presumably before 1905) the family (now shown as having seven of their eight children still living) lived in Bedwellty in Monmouthshire, Wales.  Alfred was apparently known as “Harry” and he had become a coal miner.  The family seems to maintain their connection with Wales as their daughter Beatrice married there in 1920.

Jane Gough – the 1905 rate book show the occupant of the house as Jane Gough.  We are not sure which Jane Gough this is, although there is a record of one dying in 1914 aged 73.

Eli Gazard – the 1910 rate book shows that Eli was the occupant of the house.  Eli was born about 1843, the son of George Gazard (or Gazzard) who was a widowed farmer living in Kington in the 1851 census.  In 1861 Eli married Jane Gough in Bristol.  In 1881 they were living in Crossways Lane.  Eli was a labourer aged 38 born in Buckover.  He was living with his wife, Jane aged 44 and their children: Frederick William a labourer aged 15 and William aged 11, and Mary Elizabeth aged 9.  In the 1891 census Eli and Jane were still living in Crossways, but their children had moved away.  However by 1901 their son, William had back home and was working as a wood cutter.  Eli had become a carter on a farm.

Emma Jane Clark – we know from an indenture dated 1931 that the house was then occupied by Mrs Emma Jane Clark.  The 1925 Valuation List, 1926 rate book and 1927 electoral register show Emma Jane was living in the house at that time.

Emma Jane Randall had been married to Joseph Levi Clark, a blacksmith and they lived at Crossways.  They had a son, Arthur Levi, born on 20th September 1909 and a daughter, Phyllis Georgina Jane born on 10th June 1913.  Joseph Levi died on 16th March 1919 aged 33.  Emma Jane moved to live 12 St Mary Street and lived there until her death on 15th February 1938 aged 54.

Martha Young – the register compiled in 1939 in preparation for the war shows Martha was living in this house. Another person is listed as living in the house in addition to Martha, but this name is blacked out.  Click here to read more 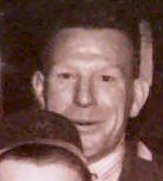 John Henry and Elizabeth Alice Curtis – ‘Jack’ as he became known, was born on 3rd September 1915, the son of Henry Curtis, a quarryman and his wife, Eliza J (nee Williams).  In his early years, Jack lived at Milbury Heath near the White Horse and he went to work at the quarry at Cromhall.

The register compiled in 1939 in preparation for the war shows Jack lodging with Sidney and Alice Taylor at 2 Saw Mill Lane.

‘Jack’ and Elizabeth moved to live in 12 St Mary Street, but when Jack was called up and went away Elizabeth moved back home with her mum in 17 St John Street.  In the Army, Jack had problems with an abscess on the his shoulder and after several months being shunted around from camp to camp he was eventually sent home and put in the Army Reserve.  The house at 12 St Mary Street had been let out so Jack moved in with Elizabeth and her mother in 17 St John Street until they could get house back.  The 1946 electoral register shows them living in St Mary Street.  When the council houses were built in North East Road he got one, but then missed it because he broke his leg playing football – he proudly told me that ‘the sound of the break was heard outside the gates of the playing field’.  He later moved into 7 North East Road and was listed as living there in the 1950 electoral register.

Jack was an interesting local character whom I got to know well in the late 60’s and early 70’s.  Older folk still refer to him affectionately as ‘Barmy’ Curtis.  After leaving the quarry, he had various jobs: working for the sawmill, the brickworks, Berkeley Power Station, various local farms and De Salis’s gardens before settling down to work for the Thornbury Rural District Council ‘on the bins’ as Jack would say.  He enjoyed the active life and was particularly proud when he was appointed the foreman of refuse collection for the whole district.

Ronald and Winifred Jenkins – we believe that Ron and Win moved into the house about 1952 after they married.  Ron was a stress engineer employed by Bristol Siddeley.  Win was the daughter of Henry and Jane Webb who lived at 15 Horseshoe Lane.  Click here to read more about the Webb family

Ron and Win lived in St Mary Street until 1958 when they bought the house at 8 Gloucester Road.  They lived there until 1982 when they moved to a new house built in Hillcrest.

Arthur Thomas & Valerie A Webb – the 1961 electoral register shows that Arthur and Valerie were occupying the house.  Arthur was the son of Thomas and Evelyn Maud Webb who in 1931 were living at Chapel Street at the time of the 1931 electoral register.  Valerie’s maiden name was Hobbs.  Arthur and Valerie moved into 12 St Mary Street when they got married in 1959 and their son, John, was born in August 1960.  The family moved to The Crescent, Old Down in 1962 where they had another son, David, born in December 1963.

The house was acquired in the late 1960’s as part of the town re-development.  The site of the house is now where the access road is leading to the back of the Barrell and the shops.