Occupants of 8 The Plain

The Blacksmiths and Ironmongers 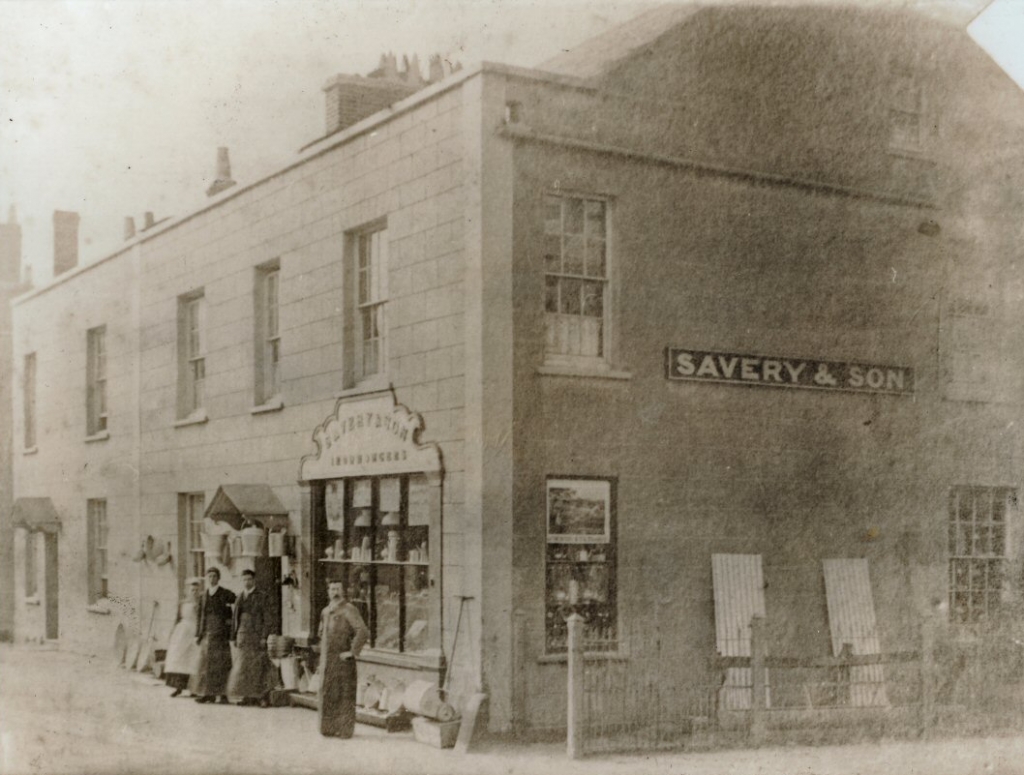 The above photo shows the property at 8 The Plain in the 1890’s when it was an ironmongers run by Savery and Son (see below),

Our knowledge of the occupants of this property start with the 1840 Tithe Survey.

William Cross – in the 1840 Tithe Survey, this property was Plot 255 – a house and garden owned by Isaac Roberts and occupied by William Cross.  The 1841 census shows William as a Dissenting Minister aged 45 and living with his wife, Mary aged 30 and Elizabeth aged 6.  In Gloucester Records Office we found a list of notes attached to the Tithe Survey which mentioned that Dr J. William Cross was the occupant of an adjoining property, Plot 254, a yard with schoolroom owned by Samuel Leonard.

William had been the Minister of the Baptist Church since 1832 and he continued in this role until 1844.  Click here to read more

In the 1851 census the property appears to be unoccupied.

Henry and Emma seem to be be sharing the house with John Morgan, an independent minister aged 34 and his wife, Martha aged 43, both of whom were born in Frampton on Severn.   Click here to read about the Rev. John Morgan

John Morgan was born in Frampton on Severn about 1827.  It seems likely that John was the son of a bricklayer also called John Morgan and his wife Sarah.  If this is the case they were living in Frampton on Severn in the census of 1841.  A family tree on the Ancestry website suggests that John married Martha Smith in Wheatenhurst in 1849.  In the 1851 census he and his wife Martha were living in Frampton on Severn.  He was a mason aged 24 and Martha then aged 33 was a milliner.  We understand from the records of the Congregational Church (now known as the United Reformed Church) that they came to Thornbury from Chard in 1859.  John Morgan resigned from the church by 1866.  By 1871 John and Martha had moved to Blackburn in Lancashire.  We believe that he married Elizabeth Sanders in 1878.  By the census of 1881 John aged 54 was living in Stoke Newington where he was a minister at the Congregational Church at City Road.  His wife Elizabeth aged 39 was born in Middlesex.  By the census of 1891 they had moved to Battle in Sussex where John died in 1896.

Saverys – the rate books between 1876 and 1885 show Mark Savery as the occupant of the property.  The photo at the top of this page shows the shop when it was run by the Saverys around this time.

The 1881 census shows that Mark was a blacksmith and ironmonger aged 50 who employed two men and one boy.  He was a widower living with his son, Edwin W. an ironmonger’s assistant aged 19 and daughter, Maria aged 17.  The 1887 rate book shows Mark was sharing the property with his son, Edwin.

The 1891 census shows Mark had re-married and moved to a house at the top of the High Street and the property at 8 The Plain had been taken over by his son, Edwin Savery.  Edwin was an ironmonger and machinist aged 28 from Earthcott and his wife, Emily C aged 22 from Bristol and Mary Ford, a general domestic servant aged 18 from Thornbury.  By 1898 Edwin had bought the property at 13 The Plain and converted into a shop.  Click here to read more about the Savery family

Symes – the 1899 rate book shows that Gilbert Symes was the occupant of the property owned by Samuel Wilmott.  The 1901 census shows Gilbert Symes an ironmonger aged 50 from Shepton Mallett, his wife, Eliza aged 45 and children, William G an assistant ironmonger aged 22, Edith A a mother’s help aged 20, Amy E a dressmaker aged 18, Maurice an apprentice ironmonger aged 14, Hector aged 12 and Winnie aged 9.  Gilbert’s son, Maurice, joined Gilbert’s business and took over from him when he died in 1923.  Maurice carried on trading there until about 1952 when he retired and sold the property and business to R.A. Lister of Dursley.  Click here to read about Gilbert Symes and his family

The shop carried on as a hardware shop for a  time owned by R. A. Lister & Co. We have been told that despite the change of ownership it still traded as M.G. Symes until at least the late 1960s and possibly longer.

Eventually the ground floor of the building was divided into two retail units and used for a number of widely different types of business.

These included offices for Thornbury Catering, Hutchinson’s artists’ materials and handicrafts shop, a shop selling paint and wallpaper, a cycle shop and and arts and crafts shop, Just for Pets, The Cellars Restaurant, Stantons Wine Bar – which ran a disco in cellar, the Balti Palace, Mark Davis’s record shop which we believe traded as ‘Shapes’ and “New Beginning” a second hand clothing shop. ‘Thornbury MX’ who specialised in motocross products, workwear, sport and activity clothing were also there for a few years. ‘Treasure Island’, a shop selling a wide range of second hand goods was also there for a few years before leaving abruptly in 2011. 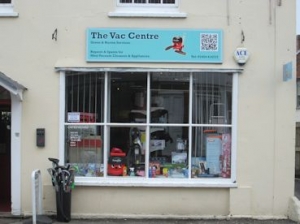 In 2019 after the retirement of Mervyn Green of Green and Burton, the premises became The Bristol Coffee Company Ltd.  The company provides trade and business customers with coffee and coffee machines.

The upper floors have been used as business units and, we assume, as flats.  We would love to hear from anyone who can add to the list.