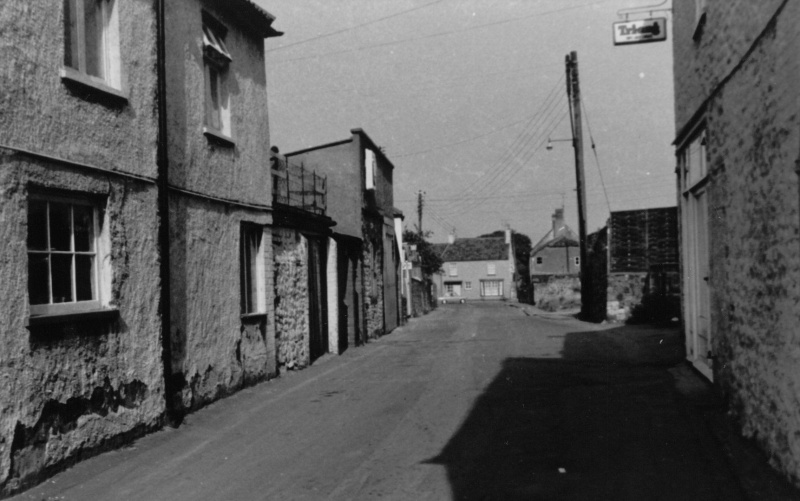 The houses covered by this section of the website were in Horseshoe Lane which was between St Mary Street and Pullins Green.

The photograph above was taken in 1971 showing Horseshoe Lane from St Mary Street.  The building on the left was Eyles and King’s cycle shop and behind that is the entrance to Hawkins builder’s yard.  The house in the far distance is number 25 Pullins Green, which used to be Wall’s shop.

The photograph on the right below was taken in 2008.  The supermarket in the distance was the old Safeway supermarket which became Morrisons and then Somerfield.  The photograph shows it in the process of being re-furbished for use by Aldi. 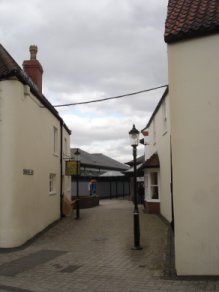 In researching the history of the area we have also faced the usual problem of house numbering.  The house numbering system was not introduced until about 1953 and we do not have a plan showing the numbers of all the houses. Over the years this area of Thornbury has changed more than any other.  We have three maps to show this.

The 1840 Tithe Map is the most complete, although it does not have house numbers.  It includes all the houses except Jubilee House on Gillingstool Hill and The Cottage on the corner of Horseshoe Lane and Gillingstool.  Click here to see an extract of the map together with the details of owners and occupants of each plot