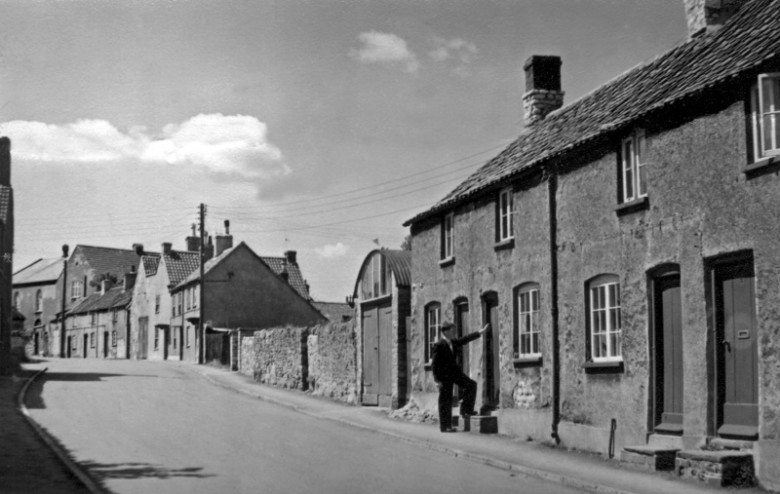 The name of ‘Rock Street’ is relatively new, first appearing in census records in 1891 and even then it was only used to describe a short section of the road we now know as Rock Street.  The name of Rock Street is derived from ‘Thornbury Rock’, the seam of dolomitic conglomerate on which the centre of Thornbury is built. There are a number of protuberances in the Rock Street area where the rock is visible. 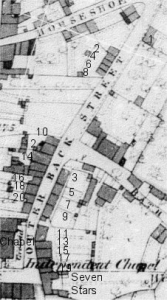 In the past, the street was merely a little lane but it did have several landmarks, including the town’s market, the Congregational Chapel, the Seven Stars beer-house and later lodging house, the telephone exchange, and was a means of accessing the railway station and The Baths.  The plan on the left above was dated 1880 and we have superimposed the house numbers which were adopted in the early 1950’s.  We have not found any deeds for the houses in this section of the town and it is difficult in some of the early census records to identify which family is in which house.  Our ‘history’ of the houses and families is therefore less detailed than we would like.  It based largely on the memories of some of the older locals, supplemented where possible with census, church and school records.

Nowadays, Rock Street is seen by many as the ‘inner ring road’, a means of avoiding driving through the High Street and it is normally associated with the location of the town’s main car parks and the one large supermarket in the town centre.<div