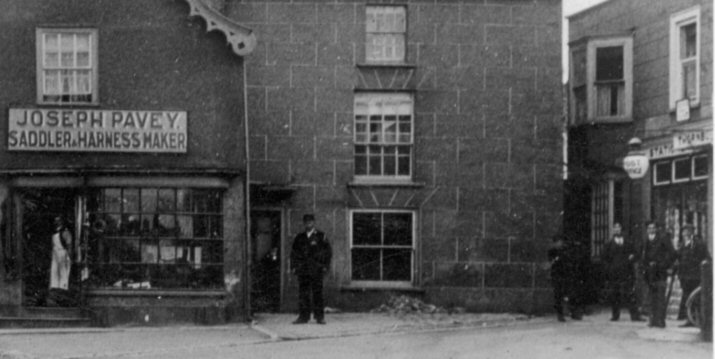 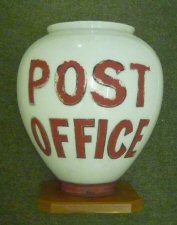 In June 2011 we visited the Post Office Archives in London hoping to obtain information about the history of the Post Office in Thornbury and the postmasters.  We were able to confirm that there is a lot of information relating to Thornbury, but the organisation of the records made it impossible to extract more than just a few details of anything useful in the time available to us.

The PO records indicate that Thornbury had become a ‘Post Town’ by 1770.  We don’t know what the arrangements were for the post at that time.  In 1784 a new improved mail service was introduced between London and Bristol.  This meant that mail posted before 8 o’clock in the evening arrived in Bristol by midday the next day.  For those interested in the wider history of the Post in the Bristol area there is an excellent e-book available on the internet – click here to read.

The Post Office Museum has a record of a letter dated 1793 from Thornbury “praying that the Birmingham – Bristol mail coach may pass through”.  We are grateful to have had the opportunity to look through the research into the history of the Post Office undertaken by David Watkins of Littleton.  There is an interesting reference in ‘The Mail-Coach Men of the Eighteenth Century’ by Edmund Vale.  In 1796 the Superintendent, Thomas Hasker, wrote to the Hon. Charles Francis Greville who had proposed to take the Bristol – Birmingham mailcoach through Thornbury.  Hasker said that ‘years ago the road was reported as incomplete, but Wilkins will go and report on it.  At present the mail is taken there by a runner at £10 per annum.  The decision must be left to the contractors for all the Innkeepers and Coachmasters from Bristol to Birmingham are in a Company, thirty four in number, and if they should say they will not, a new Connection cannot be formed.  For this slight diversion from the present route, to pass through Thornbury, Mr Weeks be allowed an additional five minutes’.

It seems that this proposal was not granted and thus mail to and from Thornbury had been sent to Bristol or to link up with the mail coach between Bristol and Birmingham en route.

Before the days of penny post and adhesive stamps, towns off the main post roads used by the Royal Mail Coaches, had to make their own arrangements with the nearest Post Town for collection and delivery.  These arrangements were usually “farmed out” to people, who, for the payment of a fixed sum, could take all receipts.  Two methods were used to regularise this — Penny Posts and 5th Clause Posts.  In the former, almost universal instance, the Postmaster made an arrangement to collect and deliver from non-Post towns on payment of an extra one penny.  In the latter case (the 5th Clause Post) Postmasters in towns where Penny Posts were not an economic proposition were authorised by the 5th Clause of an Act of 1801 (hence the name) to make an agreement with local inhabitants to carry letters at an agreed sum.  This generally provided for reimbursement of any loss sustained in operation.  It is thought that only about ten towns a