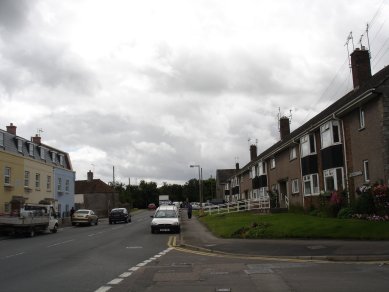 The above photograph was taken in 2008 standing on the corner of Chapel Street where the United Reformed Church is.

On the website we are using the name of Upper Bath Road to refer to that section of the road currently known as Rock Street leading from its junction with Chapel Street to the old railway station. 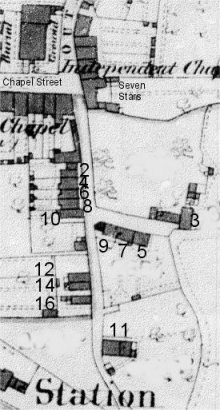 The name of ‘Upper Bath Road’ was used for the section of the road between Chapel Street and the railway station even in the 1950’s when house numbering was introduced, but it is now only used to refer to the little cul de sac to the south of the old market site.

We have discovered that many of the houses in this area were built on a close of land called the Paddock.  We have written about the history of this plot from the early 1700’s and how it was broken up into smaller sections and used as building plots.  Click here to read the early history

South Gloucestershire Council has allowed us access to the files on all the houses acquired and demolished by Thornbury Rural District Council for the major redevelopment scheme in the 1960s.  This has given us a detailed picture of almost all the houses in this area